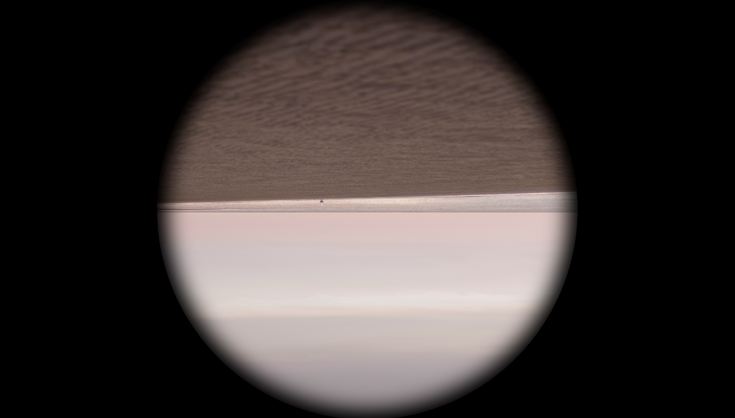 Camera Obscura, Camera Lucida and The Between or The Beyound

Myoung Ho Lee is known for 'Tree Series', a photography series of trees against a white canvas backdrop. The setting helps to unveil the beautiful silhouette of a tree. Lee's working process starts with traveling to find a place in nature, which can be the subject. Once he finds a place that can be the subject, he returns to the spot with equipment and staff. He installs equipment to reproduce and present the subject again. Then, he takes photographs. The final result stimulates viewer’s mind to change of perception on things we see, which were familiar to us. In this exhibition, Lee shows the Camera Obscura and Camera Lucida concepts, which he has been comparing with black room and white room. Through installations, he presents the 'between-ness' of those two ideas. The gray exhibition hall on the first floor shows the 'Nothing but Everything Series', which is exhibited for the first time. It symbolizes an intermediate stage where theoretical principles are crossing between camera obscura, the black room and Camera Lucida, the white room. Each gallery is designed differently to show the concept of Lee’s works placed on each floor. The second floor gallery became a white room showing ‘Tree Series and the lower level gallery became a black room showing ‘Mirage Series’. A large camera is installed in each gallery so that visitors can experience the brief moment of image creation and disappearance through a tiny hole. Lee comments on this exhibition: "'Tree Series' and 'Tree... Series' are based on unveiling. By installing the canvas backdrop behind a tree, the tree finally shows its true shapes and forms and viewers are reminded about the meaning of 'reproduction'. 'Mirage Series' also reminds us about 'representation' by installing canvas in desert, creating an illusion as if there is sea or oasis. Exhibited works are following a same a path as they are using a canvas backdrop, however, it doesn't expose or create something. It holds everything inside although it is not visible on the surface. 'Nothing but Everything Series' is about holding and representing, somewhere between or beyond.”

In this exhibition, Lee covers ideas such as seeing, visible and invisible image, and invisible but existing world. He focuses on the concept between each image and beyond. Also, in this exhibition, the exhibition style has been altered and expanded. Previously, photographs, the byproduct of performance projects, were shown mainly in his exhibitions. This time, he used the entire gallery space and turned it into installations. It is meaningful for Lee as it is three-dimensional approach to present his philosophy and concept and encapsulate the essence of art.